Built in 1879, the J. Lowenthal building was described as "Elizabethian and Co 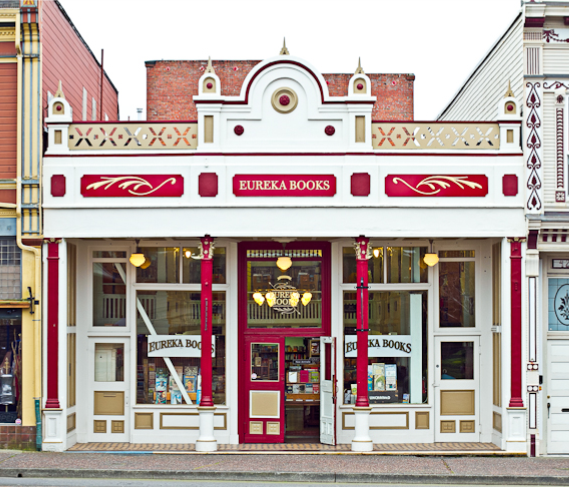 rinthian" by the local paper at the time of construction. With it’s row of columns, recessed front and decorative parapet, it is unique among the historical Victorian architecture in the small seaport city of Eureka, California. The National Register of Historic Places describes the building as having an “original playful design, and a rare surviving example of locally produced cast-iron architectural elements.”

It housed a men’s haberdashery until the 1906 San Francisco earthquake and subsequent fires created a new business opportunity for the clothier as the city began to rebuild (plenty of Humboldt County’s old growth redwood went to that effort as well). It then became a livery to supply pre-automotive transportation needs.

At one point the upper floor was added and walled off to create the Louvre Cafe, the sign for which is still visible on the back of the building. The downstairs became the High Lead -- a roughneck logger bar among a string of such establishments on “Two Street.” A dispute between the owners of the two businesses led to one fatally shooting the other as he tried to run out the back door.

The building has been home to Eureka Books since the early 1990s.